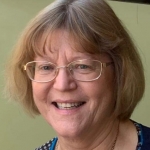 I am a qualified and certificated early childhood teacher, and have a bachelors degree in Education and English Language. I have extensive experience in the education field, in government, and in teaching and management roles in ECE services, both home-based and centre-based.

I am the Barnardos National Operations Manager Early Learning Services. My mahi in the home-based sector has been as educator, visiting teacher and team leader. Centre-based mahi has been as a teacher and head teacher. Other early childhood work has been as adviser and manager with Barnardos.

I was a member of the Home Based Association’s Executive from 2001 to 2004, and have been an Association Board Member since 2014.

My commitment and passion is about advocating for excellence in early learning settings to provide positive learning outcomes for tamariki, their families and whānau.